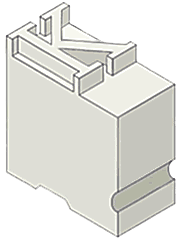 K-Type is a small, independent type foundry based in Manchester England, offering a unique range of high quality ‘free for personal use’ fonts, and pay fonts which are modestly and simply priced for designers, small businesses and large organisations.

K-Type is the foundry of designer and mailartist, Keith Bates. In addition to creating new typefaces resulting from formal experimentation, many K-Type fonts show the influence of inspirational artists and designers, and are often imbued with a playful wit, genuine affection or honourable homage. Other K-Types explore the quirky mix of insular and eclectic that has forged the typographical landscape of Britain, including the considerable allure of American letterforms.

K-Type is particularly keen to make affordable fonts of lettering styles which possess cultural currency and to offer high quality versions of fonts with an existing social presence. Familiar faces are frequently redrawn to include comprehensive character sets containing a full complement of Latin Extended-A glyphs. New, previously unavailable weights and italics are often designed and added to typefaces.

To celebrate the launch of the K-Type website, we’re giving away our web-friendly Sinkin Sans megaface absolutely free for Commercial and Personal use. Specially developed for the site, it’s a robust sans serif in nine weights plus italics that’s raring to be @font-faced!